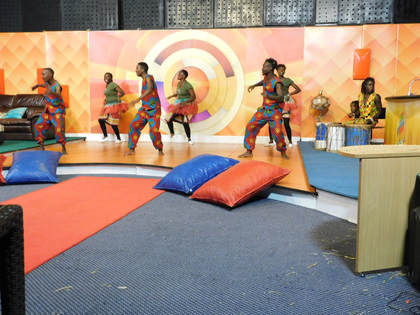 Other Performing Art Links
PERFORMING ARTS
U-TENA started as a performing arts group composed of young people who grew up in an urban informal settlement called Mukuru. They have firsthand experience in the myriad of challenges that young people go through and were resilient enough to overcome the challenges despite the constant setbacks. They came together and thought of this noble idea of educating the community, specifically young people, about sexual reproductive health and drugs since these two areas had crippled the community. A lot of the young men of the area were addicted to drugs and engaged in crime like burglary, robbery with violence and assault. Most of them did not celebrate their 20th birthday because their lives were cut short by being brutally beaten to death by angry mobs or shot dead by the police.

The girls on the other side engaged in unsafe sexual practices leading to an increase in teen pregnancies and consequently school dropouts, early marriages and young desperate mothers. This made it difficult to break the cycle of poverty. U-TENA founders thought it wise to create awareness and educate the community using non-lecture methods because from experience, people were tired of sitting in for endless lectures. This gave birth of the term edutainment where performing art is used to pass vital information by first entertaining the targeted audience and capturing their attention and then capitalizing on their attention to pass  messages to them and also involving them in the whole process.
​
U-TENA also offers platforms for youth who are interested in performing arts such as traditional dances, thematic skits and plays to join them and be trained without charges. This ensures that the young people are using their time in a productive way and not idle around in the community and engage in the harmful vices. It is also aligned in its vision and mission in ensuring that young people are healthy and self sustainable. After the training on performing arts, marketing is done and the artists are now exposed to perform in different forums including corporate functions, national and county events, and conferences both local and international and this earns them a living and they can also use it as a tool to change their peers’ behavior using theatre.